So when war broke out in September of that year, although I was close to getting a degree in Chemistry, I abandoned that and joined the Army. They put me in the Engineers (and when I see a bridge I still catch myself calculating where I would put the charges to blow it up).

Before I could actually do any of that I was moved to a highly secret experimental station in the south of England. At the time they were bombing London every night and our job was to help to find out what to do if, one night, they used poisonous gas. […]

The results I was getting were very variable and I told my colonel that what we really needed was a statistician.

He said „we can’t get one, what do you know about it?“ I said „Nothing, I once tried to read a book about it by someone called R. A. Fisher but I didn’t understand it“. He said „You’ve read the book so you better do it“, so I said, „Yes sir“.

At one point I was having trouble with a statistical problem. A very senior scientist suggested that I contact R. A. Fisher, who asked me to come and see him. The Army did not know how to send a sergeant to see a professor, so they made a railway warrant that said I was taking a horse to Cambridge. It was a beautiful day.

Early on it seemed to me that students were learning a great deal about statistical theory but very little on how to use it. So I instituted what came to be called the „Monday night beer session“. This was not an official course. It happened in my house and there were no course requirements, grades etc. You came if you felt like. Students and faculty were welcomed from all departments. So we had graduate students and often faculty from Statistics, Engineering, Business and Medical School among others. We also had talent scouts looking for people who had problems they wanted to discuss. Typically in 20 minutes or so the problem was presented and then there was a general discussion about how it might be solved. Decades afterwards, from one-time graduates, I continually hear „the thing I remember best and most helpful was the Monday night beer session“. I believe people learned how to solve problems there. 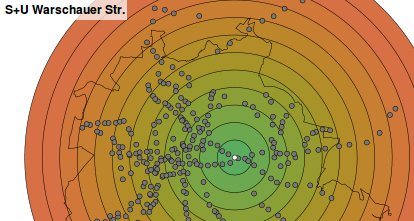